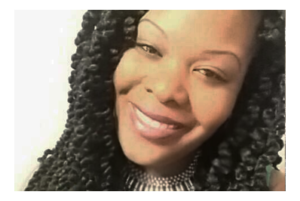 She spent a majority of her childhood in libraries and developed an intense relationship with words. After her English teacher suggested that she pursue a literary career, she began writing with more focus. This included lyrics, poetry and short stories that she’d decided to enter into different competitions.

After becoming a finalist in the John Lennon Song of the Year competition (2004), she decided to take things a step further in a different direction. This led her to a successful career in composing legal briefs and eventually the composition of Opaque. She’s a member of YARWA and RWA and is currently serving as a judge for YARWA’s 2016 Rosemary Contest.

Cālix enjoys prayer, discovering the minds of those who rebel against social programming, listening to music, a great cup of coffee, exquisite ethnic cuisine, spending time with family & friends, attending movie premieres, traveling and the arts.

She grew up in South Los Angeles, and is the middle child of six. She’s the mother of two beautiful daughters, whom she lives and breathes for. She spends her free time in the gym, fantasizing about story plots and different ways of changing the world.