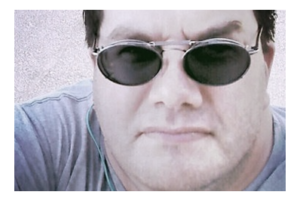 Chad Nelson has had an affinity for surreal quotes, as far back as high school. He is inspired by Edgar Allan Poe, Washington Irving, Walt Whitman, and of course Robert Frost. He lacked the confidence to pursue publishing a book, until he heard an interview with Stephen King, where he said that every aspiring artist will put a novel down or stop a movie and say ‘I can do better.’

Chad shortly found his voice, and wrote his first short novel over the next year called “The Luminously Lurid Legends of Lewiston Idaho.” Chad was born and raised in Lewiston, Idaho and attended Lewiston High School. He spent over 12 years as an auto parts technician.