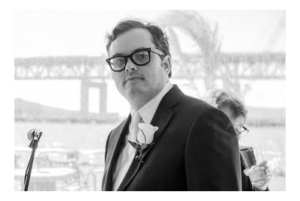 Dylan Brock was born in Michigan. He was educated at the University of Michigan in Ann Arbor starting at age sixteen, and completed a fiction writing MFA at Hunter College in New York City in 2006.

During graduate school, Dylan was concurrently occupied as a singer songwriter with frequent stints at CBGBs until it closed in 2005. In 2006 he founded Jumberlack, a record label that went on to have ten releases by Michigan and New York City artists.

Starting in early 2011, Dylan was fiction editor of the arts review Fogged Clarity, where he worked for just over a year. Dry World is written around a 24 song cycle of original recorded music.