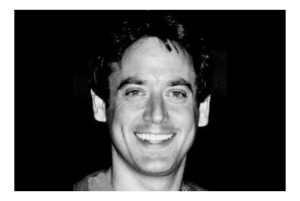 Galanty Miller lives in upstate New York with his strife and two couches. A comedic sociology professor and serious comedy writer, his existential work has appeared on the Independent Film Channel, Comedy Central, and the Onion News Network, as well as some of the most highly recognized magazines and websites.

His theatrical plays are performed throughout the nation; excerpts from his dramatic work were published in the prestigious The Best Stage Scenes of 2000. When he’s not writing, Miller enjoys taking walks, spending time with family and friends, and not writing.

Galanty Miller is based on a true story. Believe What You Breathe is his first novel.