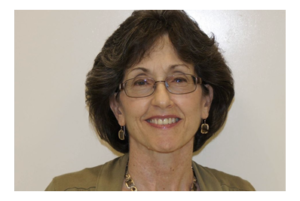 Originally a expressionist poet, Joanne Cherefko began writing at a young age after a personal lost. Her most recent collection of poems, A Consecration of the Wind, takes a softer approach on her past demons, shifting her away from the expressionist work that she has done up until now. Each poem descends further into her childhood and ventures through her adulthood, telling stories of emotional growth and enlightenment.

Joanne Cherefko was raised in Middletown, New Jersey and spent most of her life as a public educator. In 2001, she was inducted into the New Jersey Wall Township Foundation for Educational Excellence Hall of Fame in 2001. In 2011, she was awarded the Front Royal – Warren County Chamber of Commerce Education Contributor distinction.

She currently resides in Virginia where she spreads her love and understanding for poetry to students at Mountain Vista Governor’s School and Warren County High School .Joanne Cherefko enjoys spending time with her dogs and husband, collecting and listening to various music genres, traveling, hiking and camping.