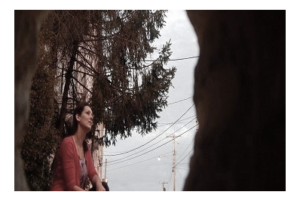 Kerry Dolan, author of the poetry and short story collection, The Bigger Picture, was born and raised in West Virginia where she attended West Virginia University. She moved around quite frequently to explore but now lives in West Virginia permanently. She put together her first book while living on the beach at the end of 2015.

As a child, she began writing in journals which built up for years to become the inspiration behind her books. She writes for hope to resurface and for others to find light in the dark, especially young adults or anyone who suffers from depression.

After taking care of her dad, who died in February 2015, she knew she wanted to publish a book for him. She watched him pass on to the next life and something changed in her forever. She began sharing her writings with others. All the notebooks she kept are finally being opened and discovered by young adults. Her father, mother, and brother were all writers who inspired her.

These are tales from an empathetic, introverted, and sensitive young lady whose insight is a breath of fresh air. Kerry is a voice for her generation. She touches on subjects we dare speak about such as truth, death, mental illness, nature, God. Her experience breaks many cycles to overcome adversity and allows her to be an inspiration for her generation.