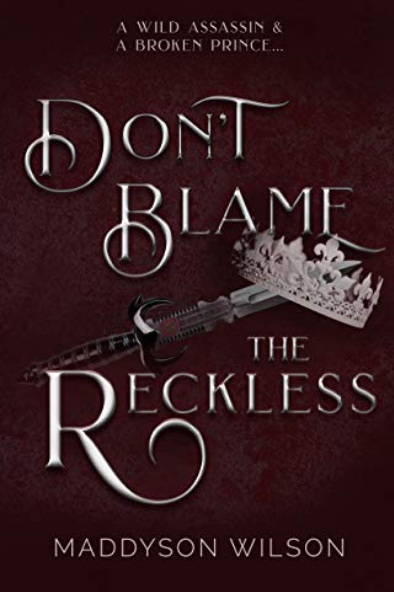 To the people of Kadjar, Ember is the Bloodhound of the East Sector, a champion for the poor, and an enemy of the rich. She excels at making dangerous enemies, the type that leads to kneeling on a balcony in front of hundreds of people, ready to be publicly executed. To the queen, Ember may be her nation’s only hope. Forced by the hands of fate and a ruthless king, the empress is forced to open her eyes and see: Ember Levin is Kadjar’s last hope.

Contrary to what you may think, I don’t want to die.
My little brother needs me.
My nation needs me.

A king should never be trusted, especially when that king is your father. Prince Roman is trying to his best just to survive. With the king breathing down his neck, one wrong move means Roman will never have the freedom or the power to save his country and his heart. But he can’t be the perfect prince his father wants him to be. He has his own secrets, and they just might get him killed.

After a trade war decimated the alliance between Kadjar and Angeles, two strangers from both nations are seeking change. The Kadjarian assassin given a second chance at life is forced to make the journey from her home to Angeles. She comes face-to-face with the Angelesan prince who is troubled by his own demons. These two slowly begin to realize that while they may rule their own worlds, no one can defy the powers that be and make it out alive. Death brings them together, but will death also tear them apart?