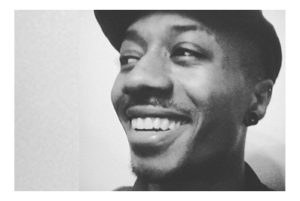 R.J. Rogue is the author of the vampire thriller with a twist, Evanescence, part of the Black Rose Series. An English major at SUNY Empire State in Rochester, New York, R.J. writes short stories, screenplays, and novels. His early inspirations included a collection of works by Stephen King, Edgar Allan Poe, and Ernest Hemingway.

Reluctant to share his writing, R.J. focused on dance, believing this was his calling. After receiving feedback from a high school English teacher on his writing, however, R.J. was encouraged to write as a career. He learned not to be afraid of following your passions, to take pride in your writing, and to dream with your eyes open.

R.J. enjoys dancing, meditating, drawing, analyzing dreams, and drinking more than enough coffee while sustaining a vegetarian diet. He grew up in Rochester, New York, where his mother is the Program Coordinator for the Pathways to Success of the Rochester City School District, and his father is the Dean of Students at Vertus Charter School. He is the oldest of five.

R.J. is Co-Author of The Journey of a Teenage Mother: Struggle. Hope. Success. (On Demand Publishing, 2013). He also participated in National Novel Writing Month (NaNoWriMo) 2015, and received recognition for his literary accomplishment.