College Success At Your Fingertips – Tips For Writers

New Release: Shane Wilson’s The Smoke in His Eyes

A novel about maintaining a muse and a grip on reality

Introducing The Smoke in His Eyes, a story about music and sanity, and how an artist’s inspiration binds them together

Aberdeen, NJ, May 12, 2018 — Every artist needs inspiration, and where they find it is often up to chance. This what the main character in GenZ’s newest publication wrestles with. The Smoke in His Eyes is a magical realism novel written by Shane Wilson, to be released on May 18, 2018 by GenZ Publishing. The Smoke in His Eyes will be sure to sing sweetly to your senses. It tells the story of TJ, a musician plagued with visions from a traumatic event in his childhood that confuse his grip on reality. He meets a fellow artist named Muna who helps him make sense of the visions, and yet she seems to be made of smoke herself. His journey through his relationship with her explores what an artist’s relationship with his inspiration is like. This story will weave its way into your heart like a melody you’d want to listen to again and again.

A graduate of Valdosta State University in south Georgia, Shane Wilson feels both at home and out-of-place as a child of the southern United States. He holds a Masters in English and taught English at a university in Georgia before moving to North Carolina in 2013. Shane’s poetry has appeared in anthologies such as Tethered by Letters and the Stonepile Writers’ Anthology, Volume III. He is currently working on a new novel and a collection of short stories based on the mythos of and set in the same town as “A Year Since the Rain.”

The novel is available for Kindle to pre-order and will be released in paperback format on May 18, 2018 here. 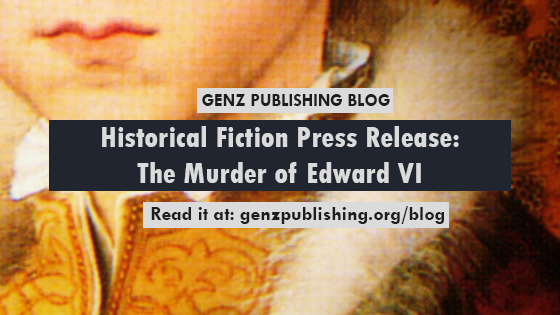 A Historical Tale of Love, Death, and Betrayal