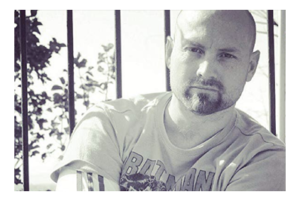 Nick van der Leek is a bestselling author and professional freelance photojournalist. With a background in law, economics and marketing, and after a brief ‘career’ in triathlon and mountain climbing, today Nick is one of South Africa’s most talented freelancers. He regularly produces features for GQ, Ironman Magazine, Sawubona and Country Life. Nick has also co-authored over 30 true crime books with California-based true crime writer and researcher, Lisa Wilson.

Nick has a diverse portfolio of work including one-on-one interviews with a range of personalities from CEOs and beauty queens to Olympians and world champions.

Besides writing and photography, Nick is a passionate sportsman. In another life he climbed Mount Kilimanjaro, rafted the Zambezi and completed the Ironman. In 2016 he completed his seventh Half Ironman, and climbed Mont Aux Sources a few days later.

Nick is currently involved in a true crime television documentary series based on his definitive Oscar Pistorius series of books.