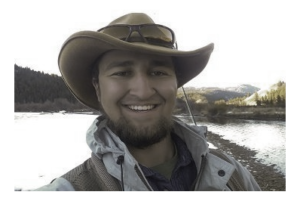 Spencer Durrant is the author of Learning to Fly, a YA story and his first foray into novel writing. Spencer did his growing up in a small town on the side of a mountain in Utah, where he worked on ranches, farms, and cherry orchards in between school and fishing. He found his passion for writing at an early age, but didn’t start doing anything with that passion until high school, when he joined the headshot_1school newspaper staff.

After graduating high school, Spencer landed an internship with the Utah Jazz as a feature writer for the 2013-14 NBA season, and was convinced sports writing was his future. That is, until he started fly fishing.

Fly fishing is a huge part of Spencer’s life, and he left the sports world in 2014 to pursue that dream. He currently contributes fly fishing writing to seven different publications, is a member of the Outdoor Writers Association of America, and is a part-owner of Trout Life, a Colorado-based fly fishing apparel company.

He authors the monthly Trout Bum column for Ogden, Utah’s Standard-Examiner, a monthly column for KSL.com, in addition to a bi-weekly column entitled The Cutthroat Chronicles for Fishwest. He contributes regularly to the Orvis Fly Fishing Blog, Hatch Magazine, and On The Fly Magazine.

Spencer travels the West frequently, and feels more at home on a trout stream than in the city. If he’s not on the river, he’s at home tying flies or writing.