10 Holiday Books to Get in the Festive Spirit 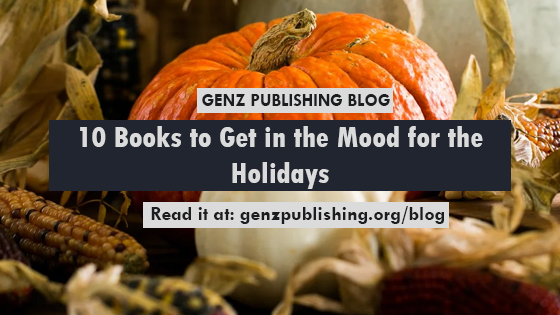 Leaves falling, autumn is calling. The weather grows cold, and holiday stories are being told. People greet each other with a special Yuletide cheer because we know it’s that time of year: The Holiday Season grows near. Grab your fluffiest blanket, your favorite hot drink, and curl up with some holiday books that will put you in the holiday spirit!

You’ve probably read them many times before, but it’s a holiday classic for a reason!

The Polar Express by Chris Van Allsburg is a classic among holiday books, following a young boy who receives a ticket for the Polar Express that visits the North Pole. Go along with his journey, and rekindle the holiday magic in your soul.

Get Lost in Holiday Magic

If love romantic-comedies or Hallmark movies, these holiday books are perfect for you:

Going Home for Christmas by GenZ author EA Stripling follows Alex, who dreads going home for the holidays because her family will judge her for not bringing home a date, yet again. This Christmas, she brings home a friend to pose as her boyfriend, but things get complicated when Alex wants more than just a fake relationship. Check out other novels by EA Stripling at the GenZ Shop.

In a Holidaze by Christina Lauren will make you believe in the power of wishes and the magic of holidays. After a romantic error and the worst holiday ever, Maelyn Jones finds herself in a time loop where she’s forced to relive the same day until she can find a way to break it.

Royal Holiday by Jasmine Guillory lets you spend the holidays with the English Royal Family! Vivian Forest’s daughter’s job sends her to London for the holidays, and her daughter takes Vivian with her so they can be together for the holidays. While her daughter styles the Duchess for the Royal Christmas festivities, Vivan receives a guided tour of the area from the Queen’s attractive private secretary, Malcolm Hudson. Sparks immediately fly, and they face a ticking timer on their romance.

Let It Snow which features stories from Maureen Johnson, John Green, and Lauren Myracle. These interconnected stories detail how various characters in the same town make the most of a blizzard, which changes holiday plans but can’t touch holiday joy.

The Holidays in Poems
For the poets at heart!

Humbled Wise Men, Christmas Haikus by Daniel J. Flore III is a perfect read this season. This collection of poems are mini Christmas cards for its readers that celebrate the magic of the Christmas season.

Holidays in a Cultural Perspective

Christmas isn’t the only holiday coming up, so if you celebrate Hanukkah and Kwanzaa, we have book suggestions for you:

Light the Menorah is illustrated by Jannie Ho and teaches its readers about Hanukkah. It’s geared towards children and is an interactive book. As you read, you can light the candles on the Menorah via pull-tabs on each page of the book.

Seven Spools of Thread: A Kwanzaa Story by Angela Shelf Medearis tells the story of seven brothers who continually bicker and refuse to get along. When their father passes away, he leaves behind a rather unusual will to teach his sons a lesson: Make gold out of seven spools of thread or become beggars. The father’s task aims to teach his sons to work together, be kind to each other, and relinquish their selfishness. Throughout this story, readers will learn about the seven principles of Kwanzaa.

Holiday magic can be more than meets the eye!

Hogfather by Terry Pratchett is the perfect read for those seeking a Christmas story set in a fantasy world. It’s the 20th book in the Discworld series, detailing how Christmas is celebrated in their world. The children have already hung their stockings while awaiting the Hogfather, who acts as their Father Christmas. When the Hogfather goes missing, Death steps in to bring Christmas to the Discworld in a very Pratchett-like twist.

For Those Who Love All Holidays

Feel fuzzy all year around!

The Romancing the Holidays series by L. Austin Johnson is perfect for those who love all holidays, not just the winter ones. Lucky Fall, Pawsitively Perfect, All Thanks to You, and Beaver Creek Resort comprise the four-book series that share romantic stories occurring on St. Patrick’s Day, Halloween, Christmas, and the Fourth of July. 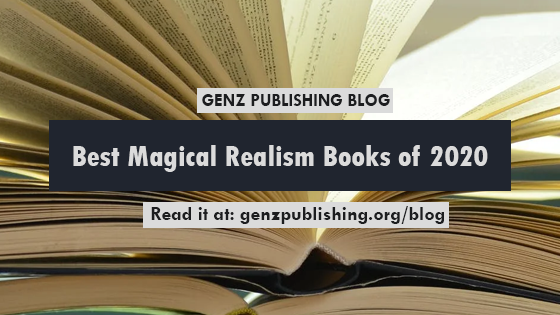