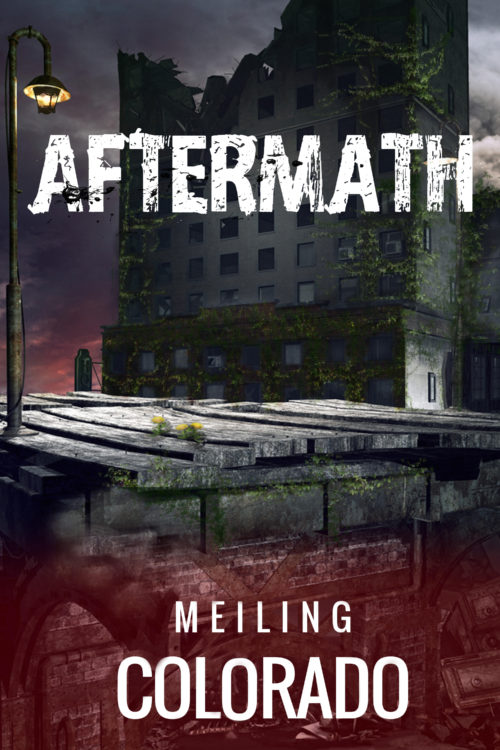 AFTERMATH is set in a world reeling in the midst of post war chaos, in which humanity has to face not just the struggle basic survival entails, but also the challenge of sudden evolutionary upheaval.

As Yeshra knows all too well, the world is now a dangerous, unpredictable place, where a mother can lose her teenage son in the blink of an eye. Since his death the Settlement where her family found shelter has hunkered down to an uneasy peace within its protected perimeters, a peaceful routine soon to be shattered by an urgent message from the unknown lands beyond their borders. The expedition which follows, led by the charismatic and mysterious Healer of the Settlement and some of its most notable dwellers, will make them all question the core beliefs of their budding society. In the ensuing clash between generations, what happens when adults believe they know best, yet Evolution gives Youth the upper-hand?

In our current unsettled and war-fraught global scenario, looming with apocalyptic undertones, this novel opens up a window of possibility to a different sort of future. A wonderful opportunity perhaps, and a fresh new start.

Be the first to review “Aftermath” Cancel reply