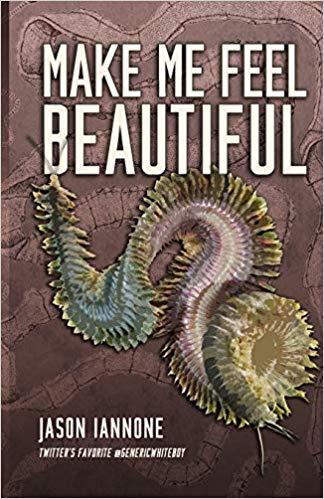 Girl Scout cookies aren’t made from real Girl Scouts, but rather things so much worse. Televised dance contests have given way to televised showcases of psychotic stalking skills. Idyllic small towns might not be small towns but something terribly otherworldly … and terribly hungry. “The Rock” rules the world, only with a cruel, Macbethian hand none expected from the People’s Champion. A distant planet is alive, conscious, self-aware, and incalculably stupid and impatient about creating life. Mario and Luigi have a brother, and he’s worse than Bowser could ever hope to be. Aliens disguise themselves as celebrity tongues and brainwash us during every performance. John Wilkes Booth wants the denizens of Hell to forget about why he’s there and focus on his big acting comeback. This and many other stories of worlds that are thankfully not our own are brought to you by long-time Cracked columnist Jason Iannone. His debut collection of essays, Make Me Feel Beautiful, will make you happy he’s not the actual creator of reality. If St. Peter is going to arbitrarily reject people for Heaven for petty reasons he literally made up seconds before, better it happen within pages of a book than at the actual Pearly Gates.

Be the first to review “Make Me Feel Beautiful” Cancel reply