Taste For Change: The Girl, The Snake, and The One Who Returned 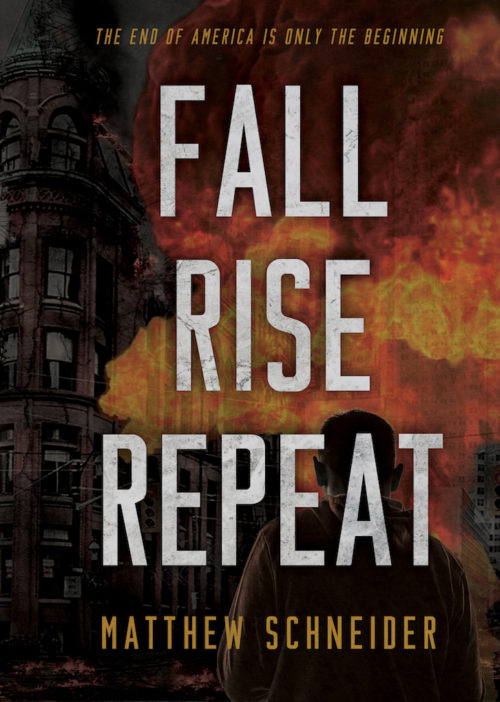 Xavier Starr has survived. Not lived, just survived. His world is one big war between the United Communist States and Russia, a world where anyone and everyone can be caught in the nuclear cross-fire. When there is no side to take, Xavier has only one option: sacrifice. Where there are no rules, where death is ever-vigilant, where bombs rain, and there is no happy ending in sight; this is Xavier’s world. The world he hopes to save.

After the United Communist States wages war on Russia, the fight to stay alive against his fellow Americans and the invading forces leaves Xavier Starr no choice but to make some sacrifices. A series of horrific experiences may give Xavier his chance to rule the world, but at what cost? Both his physical well-being and sanity are challenged as he is forced into a world where death surrounds him and there are no rules.

Fall, Rise, Repeat is a dystopian story that provides plenty of action and political commentary. It combines the theory-heavy commentary of classic dystopian novels like 1984 and Brave New World and the action of newer, fast-paced books like Legend and Divergent.

Be the first to review “Fall, Rise, Repeat” Cancel reply